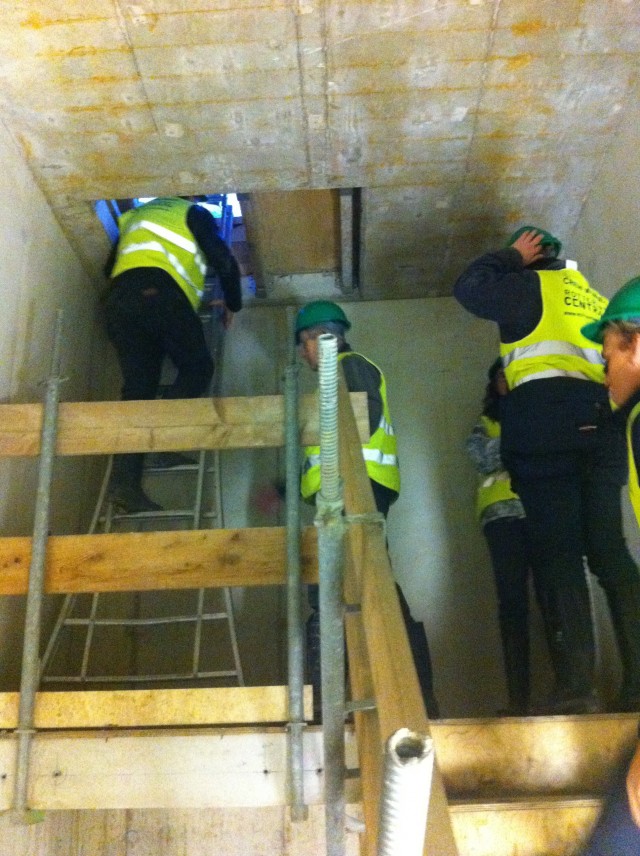 When newspaper Metro announced the chance to get a tour through the ‘in that time under-construction’ Rotterdam Central station I replied immediately and was part of the lucky group. With safety helmets and vests we got a tour through all the places you normally wouldn’t be able to reach in a legal way. The pictures give an impression of a nice tour through a special building. The station is now (almost) completed and certainly worth a visit! 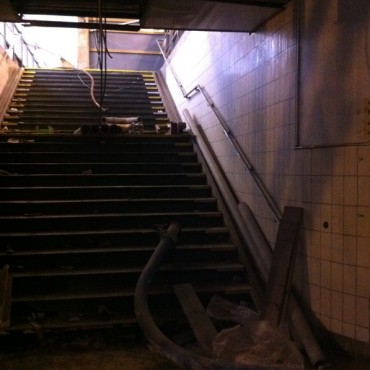 The stairs a the old passengers tunnel looked spooky and deserted. 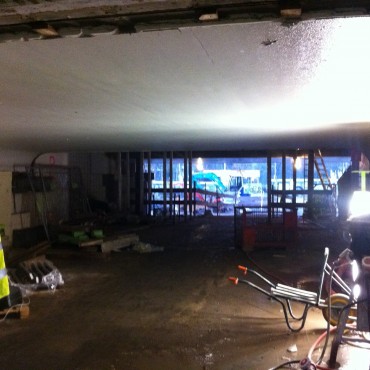 The renewed passengers tunnel went from 8 meters towards 40 meters across. 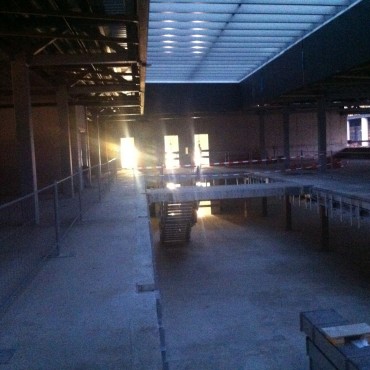 The restaurants and offices within the station. 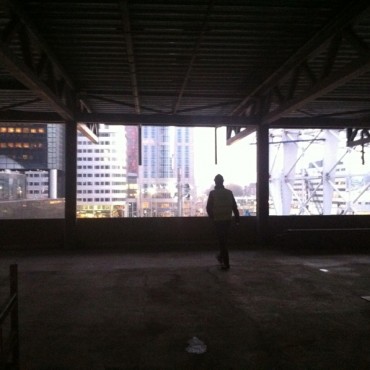 From the offices you get a nice panoramic view over the city of Rotterdam. 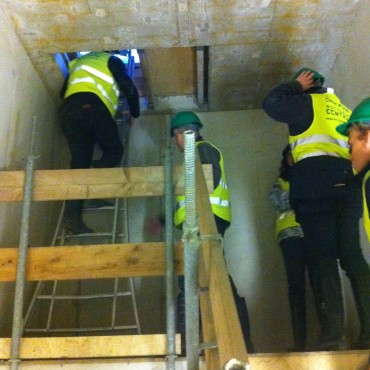 An unique chance was to get on the roof of the trainstation. 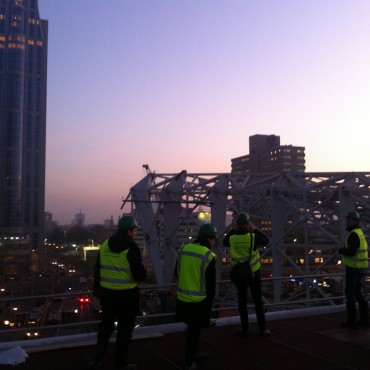 On the roof you could see the city and the giant entrance, at the time just a steel structure. 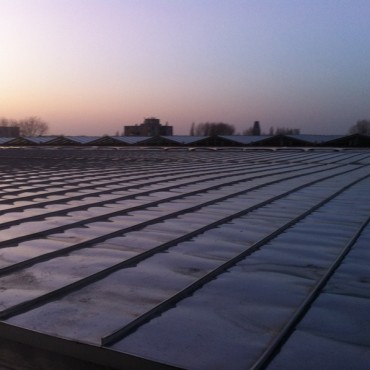 The giant roof of the station is covered with glass plates. Only the plates that are not in the shadows of the high building surrounding the station got solar cells implemented.

Close to the station lies the former highest building of the Netherlands, Delftse Poort. 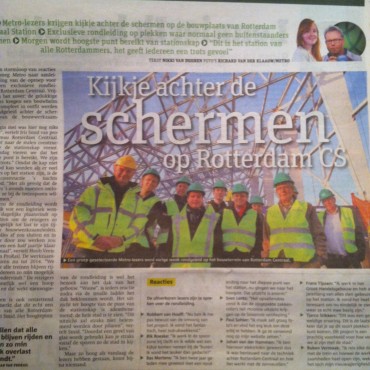 The next day this picture and article were in the newspaper.