Glow light festival consist of a walking route along different light projects through the city of Eindhoven. Atelier LEK was asked to light the Merellaan, a street consisting of twentyfour houses. I was asked to help with the process of participative design and technical realization of this project.

PROCES: We started with a meeting with the residents to collect input and inspiration to design a concept upon. The second meeting we showed and tweaked our concept and tried out different lights in the street together with the residents. The third meeting all the residents joined to help paint icons on canvas. These would be lit and tell the stories of the different houses throughout the century the street exists. Within two days we installed all the light for the icons, the front garden and back gardens, all the cables and all the time-clocks in order to work properly during the festival.

CONCEPT: The bushes in the front of the house form a natural projection on the facades of the houses, illustrating the outdoor feeling the residents are so proud of. Also the big trees in the back gardens were lit by powerful lights to represent the lights of the former much smaller city of Eindhoven and accentuate the beautiful architecture of the houses. All the differently colored icons in the windows and on the balconies finished this lighting project

RESULT: The 650.000 visitors can read all the stories behind the icons in the GLOW app while they walk through the beautifully lit street. A participative design the residents are proud of!

We got inspired by the stories of the residents who developed and lived in the street for over a century. 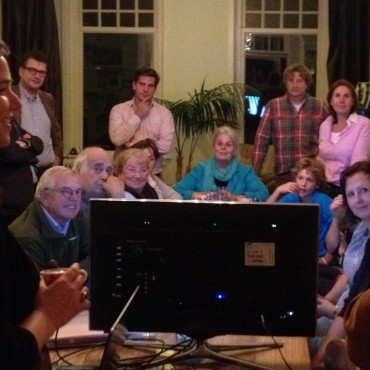 We presented our concept to the residents. 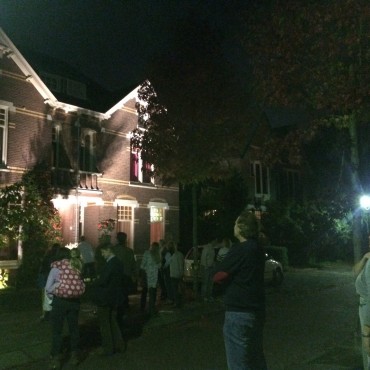 At the end of the meeting we tried out some light in the gardens to highlight the outdoor feeling the residents are so proud of. 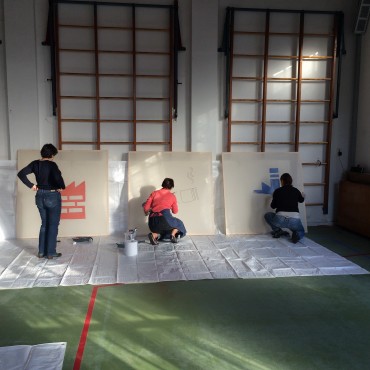 The residents helped painting the canvasses with the icons representing the story of each house. 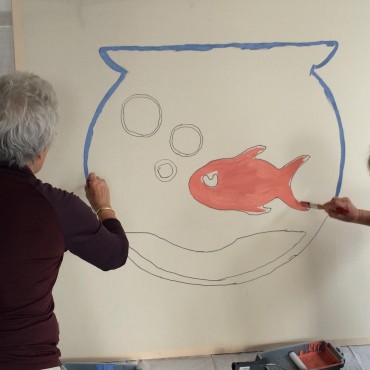 This one shows a fishbowl, corresponding to one of the houses with this name.

All ages were present to paint all the icons.

Some residents made their own interpretation of the icons, this one represents both the cotton producers and the expression that ‘life in this street is like a party’.

A lot of the houses were build by Philips to house their employees, therefore the light bulb icon can be seen throughout the street. 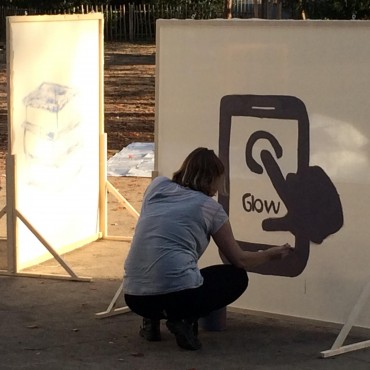 This icon, at the beginning of the street, shows that you can find more information about the stories using the GLOW app. 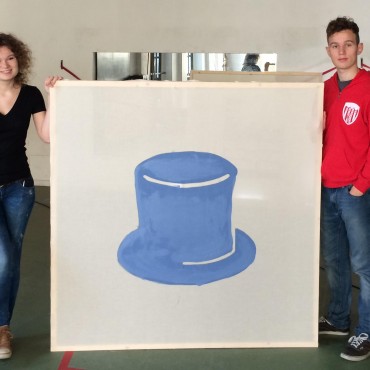 One of the houses belonged to a former hat maker, who made a hat for president Kennedy. 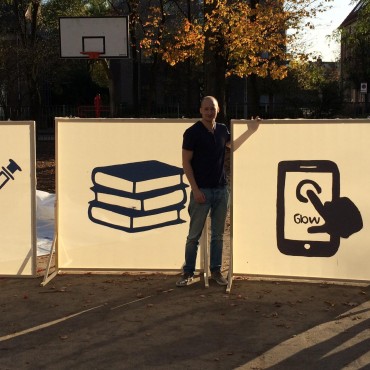 The icons will be lit from the back during the night. 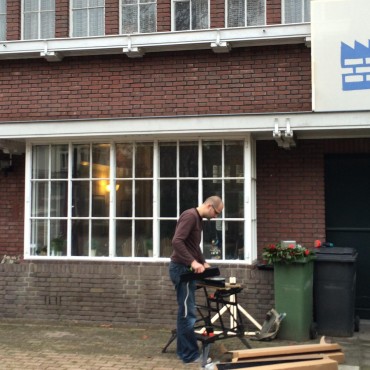 All icons were placed on balconies, behind windows or hung upon the facades of the 22 houses. 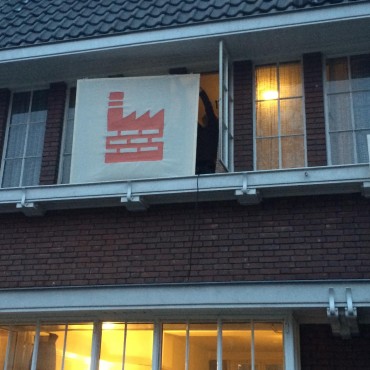 These three houses are build by a stone manufacturer for his children.

Everybody took their icon towards home so we could later install and lit each one. 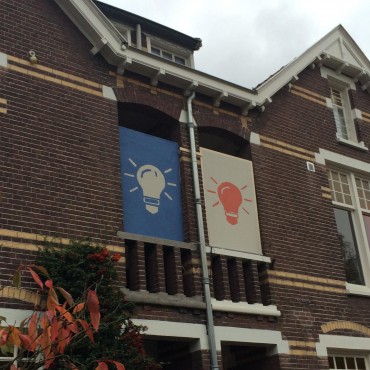 … and here you see the icons lit at night. 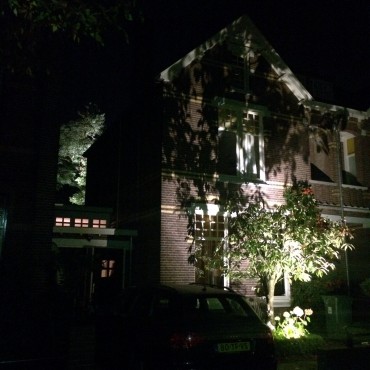 Besides the icons we also lit the bushes in front and the trees behind the houses to accentuate the natural feeling of the street. 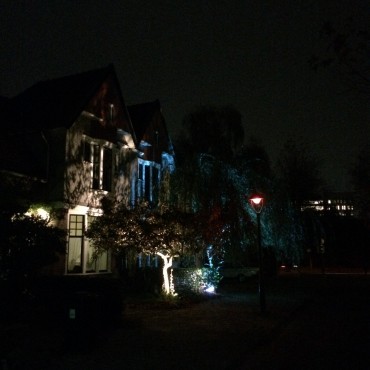 The bushes in the front garden make a natural filter/projection on the facades of the houses. 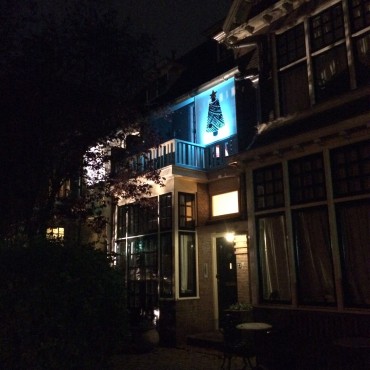 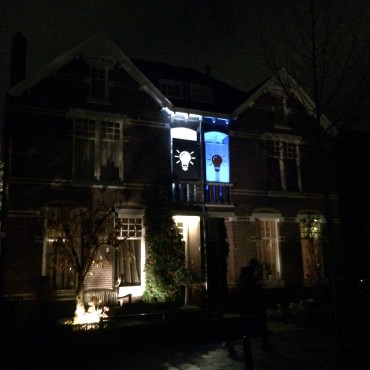 During the festival a record amount of 650.000 people visited the Merellaan. 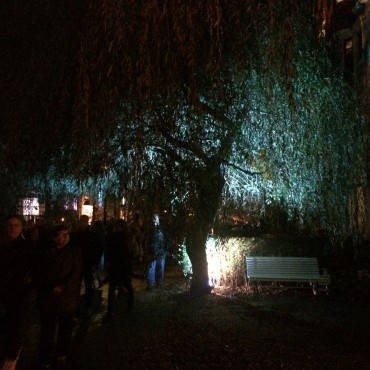