The Dutch Railways (NS) asked me to design something to spread passenger across the platform and within the trains. Since people tend to stay close to the stairs at the platform, unnecessary crowded areas occur within the train resulting in a bad train travel experience.

Since several earlier tests to spread passengers had already failed, I first wanted to study why the traveller behaves this way. Using the context-mapping method participants could tell me about their platform behavior and more important the reasons for this behavior. I found out that most of the earlier tests used an indication of crowdedness to push people towards less crowded areas. But when I asked them about this they responded that this wouldn’t stimulate them to change their behavior. They just didn’t want to walk further then necessary!

This gave me the inspiration for the Platform Positioner. In order to let people walk away from the stairs  at their departure platform, they should walk less upon arrival. The arrival station is also one of the differences between the people on the platform. By giving them different advices on where they should stand at the platform in order to walk less at their different arrival stations you spread people across the platform and within the train using their own motivation. 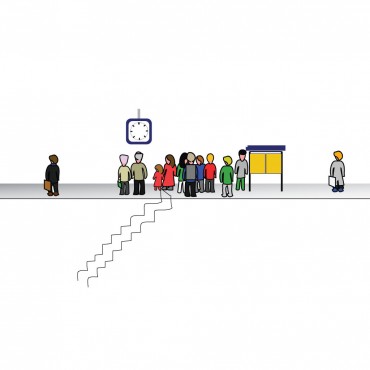 People tend to stay close to the stairs at a platform. Only more experienced passengers walk towards the end. 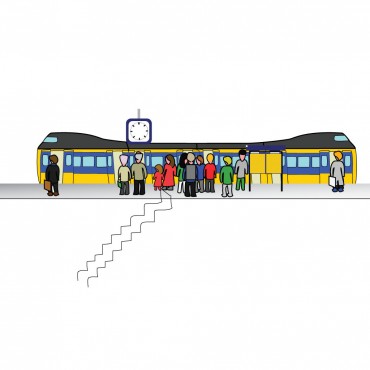 When the train arrives a lot of people use the same door, resulting in longer boarding times. 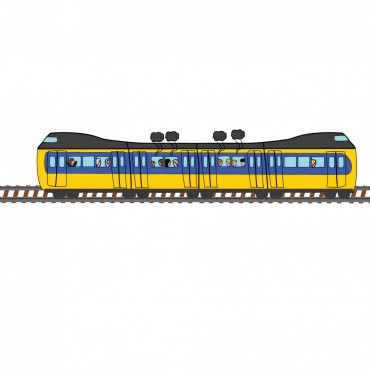 And crowded areas occur since people dislike moving through the train. 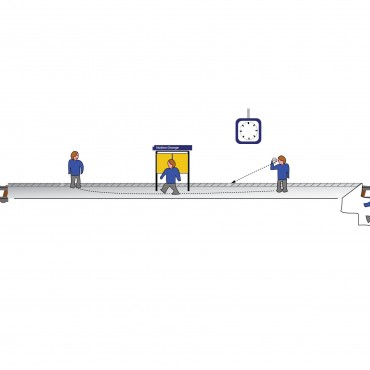 The Platform Positioner advices you where you should stand on the platform acoording to your needs. 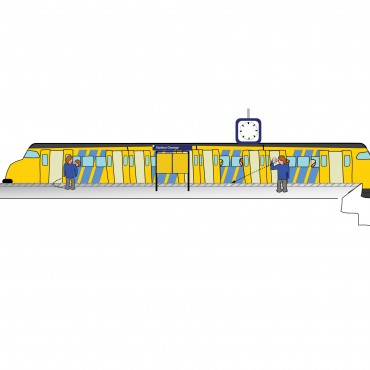 Taking into account where you want to board and the length of the train you board in the right train unit. 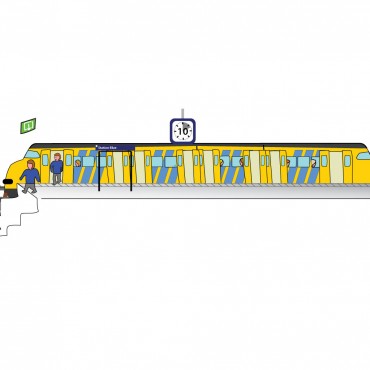 In this case the user doesn’t has to walk toward the stairs when arriving at his station anymore and can continu his journey faster. 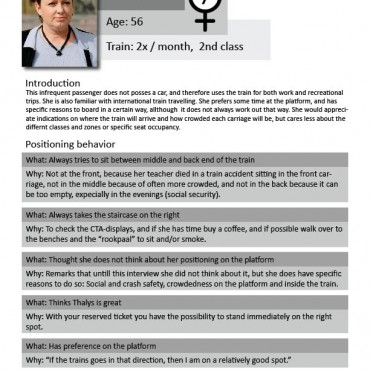 To understand people’s platform behavior, qualitatvie studies were down among 9 participants. 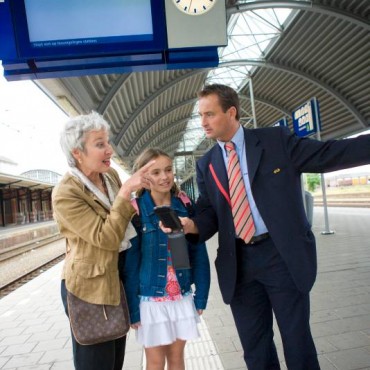 The Platform Positioner can be accessed using your smartphone or by asking platform personnel. 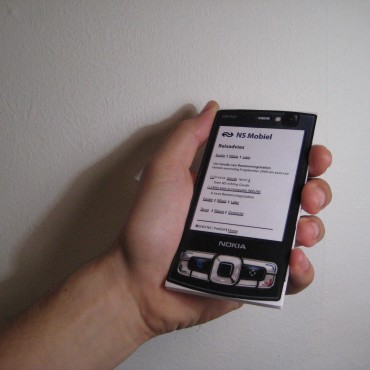 These paper prototypes were used during user tests at the platform. 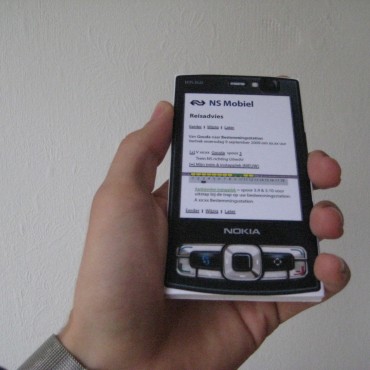 Different screenshots were printed on foam board and given to participants. 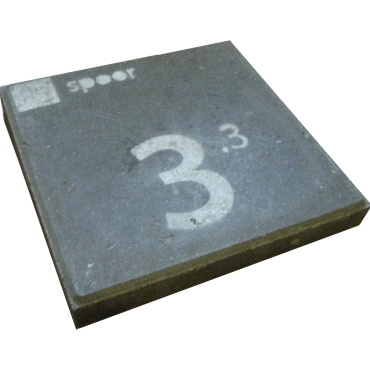 These spray-painted tiles were used during the test to point out the different boarding areas. 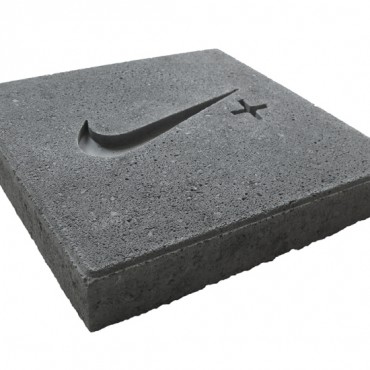 The tiles were inspired by this guerilla-ad tile used during a running event. 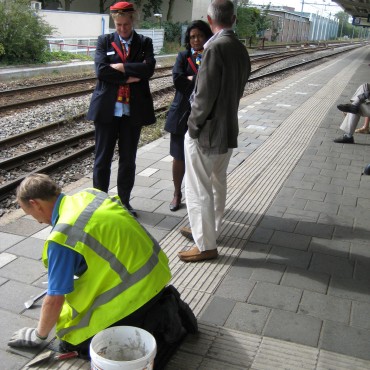 Specialised personnel was needed to install the tiles on the platform. This attracted a lot of attention. 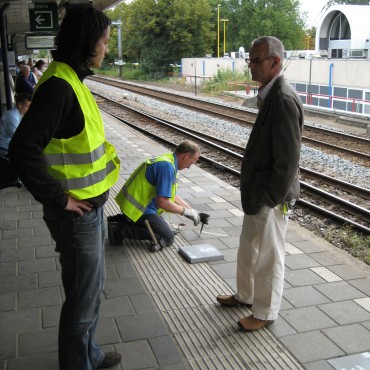 My research assistent and platform manager discussing the test. 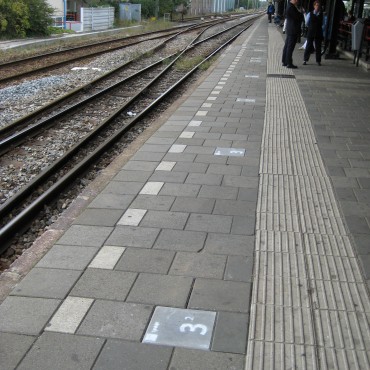 We devided the platform into different areas to see if people were able to follow the advice of the Platform Positioner. 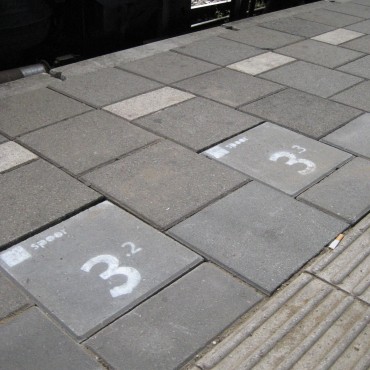 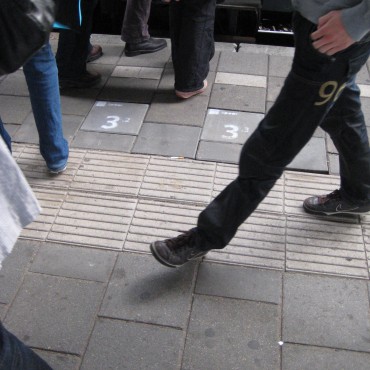 The different areas were one train unit long, in order to let people board in the right unit. 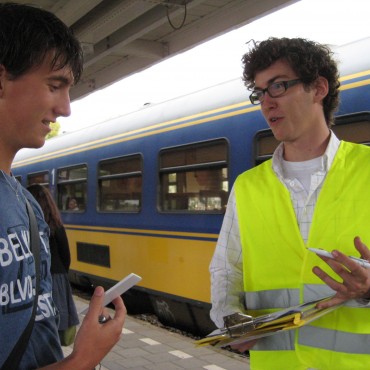 At the platform we let several train travellers test the Platform Positioner and give their opinion accordingly. 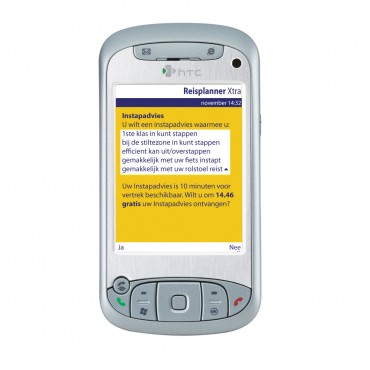 This screenshot of the Platform Positioner shows the different possibilities of fulfilling your train travel needs. 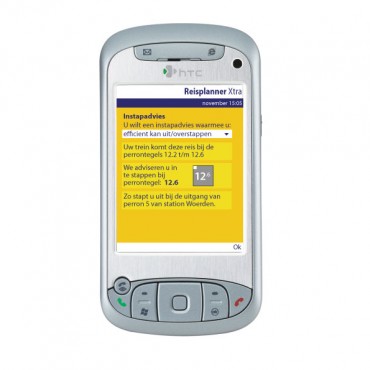 Another screenshot of the Platform Positioner advising at which tile you shoudl board the upcoming train.